The Free File Renaming Utility for Windows.
Rename multiple files with the click of a button.

Bulk Rename Utility is an easy to use file rename program (a.k.a. file renamer). Renaming multiple files and/or multiple folders has never been easier! It has a small memory footprint so it can be left running all the time without consuming all your memory. It started as a freeware Visual Basic tool, but as its popularity has grown it has been completely rewritten in C++ to be robust and lightweight - and very, very fast! It can easily handle folders/discs containing well over 100,000 entries... and it can batch rename 1,000s of files in seconds.

The software gets downloaded very frequently. It has a large base of regular users and an active User's Forum. Most of the features have originated from users' suggestions. As such, it is continually being enhanced and improved.

As well as being "recommended" by a number of web sites, Bulk Rename Utility has also appeared on many magazine cover-discs, from Brazil to Sweden.

If you have a suggestion for a new feature, get in touch and it could appear in a future release of the software! 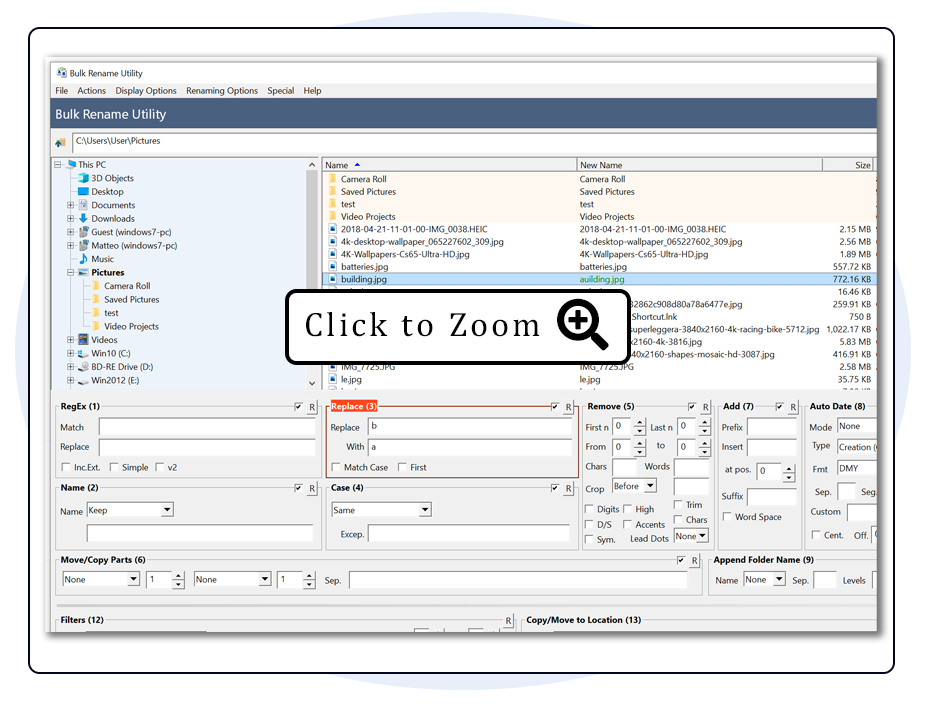 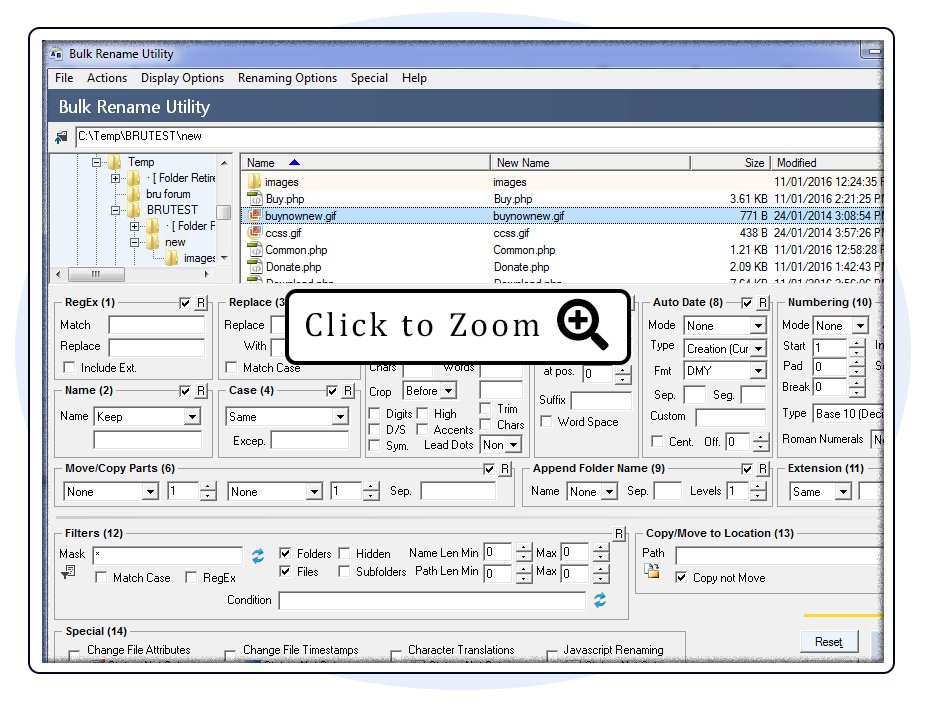 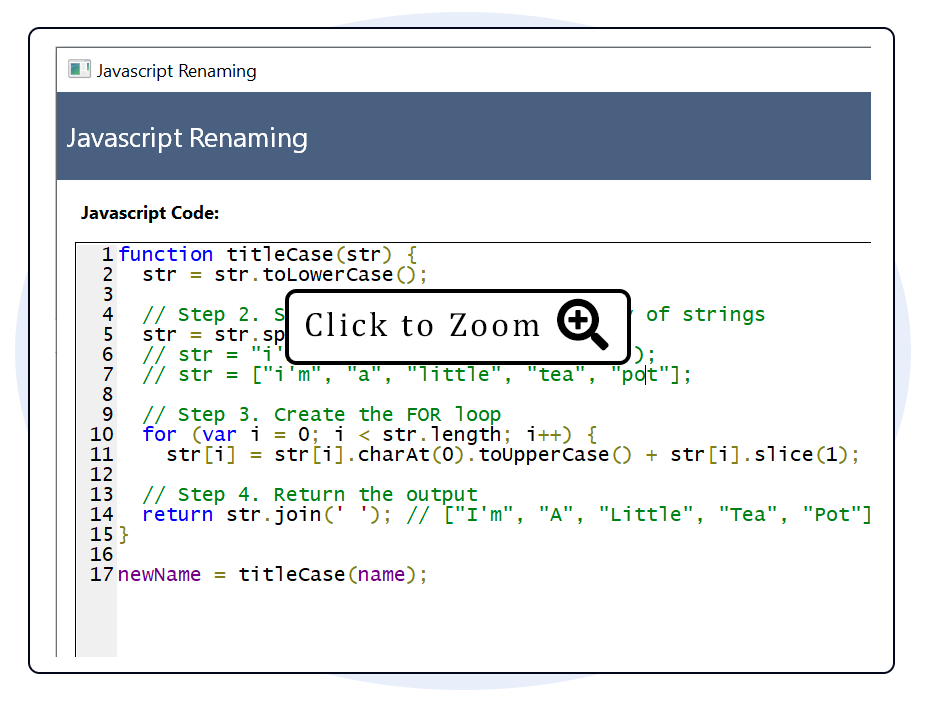 I've been trying to rename several thousand JPEG files so they will display in the order I want. Found BRU. FANTASTIC. I'm still learning the control panel but BRU has already solved my immediate problem and it is now permanently on my taskbar. GREAT UTILITY.

Other Software to Try

With ViceVersa PRO you can copy efficiently multiple files between folders, disks, computers. Copy thousands of digital photos, documents and files that you need to backup or mirror to an external media (e.g. USB Drive, NAS), another hard-disk, or another computer (desktop, server, workstations over LAN, VPN).

The copy can be performed on-demand (i.e. as requested by the user), scheduled (e.g. every X hours or at an established time during the day), event-driven (e.g. when connected to the network or when a USB drive is inserted) or even in real-time (i.e. as soon as changes to files are detected). Learn more about real-time functionality

ViceVersa PRO will automatically only copy files that are new or have changed since the last time it run: so you can have an always up-to-date, exact replica of all your important files, file by file and folder by folder. It couldn't be easier!